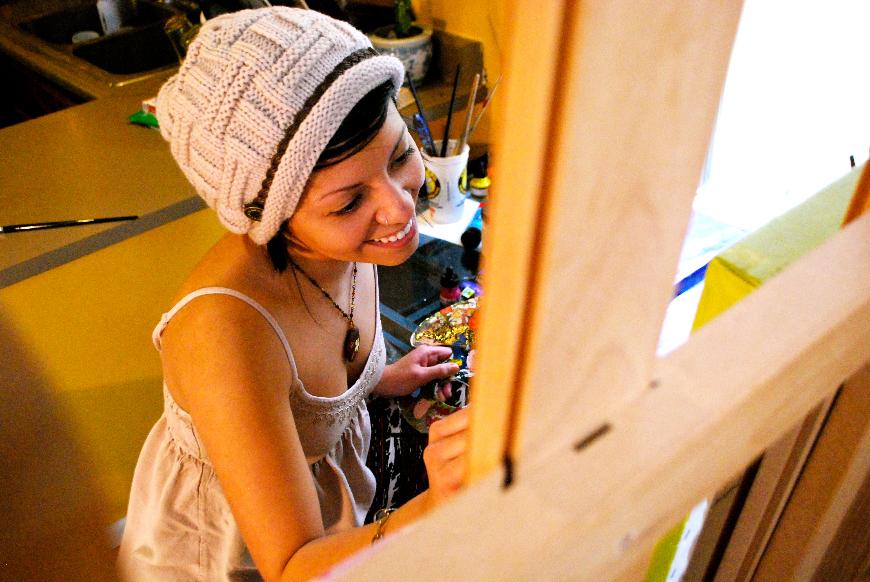 Allison Pickett, a native of Memphis, is a working artist and art educator living in Knoxville, Tennessee.  She graduated from Lambuth University summa cum laude in Jackson, Tennessee in April 2011 with a Bachelor of Science degree in Visual Art Education with a focus in 2D drawing/painting.  She received several awards throughout her undergraduate experience, such as Dean's List recipient, Rising Star recipient, Who's Who in American Colleges and Universities, Lambuth Scholar in the School of Arts and Communications, and the Patty Proctor Oeur Award.  After teaching elementary art in Knoxville, Tennessee from 2011 until 2014, Allison decided to make the move to Denver to continue pursuing her career in art education, alongside her partner Mac Comer.  The two returned to Knoxville in summer of 2018 bringing back a son with them, and Allison returned to the Knox County art classroom once again.